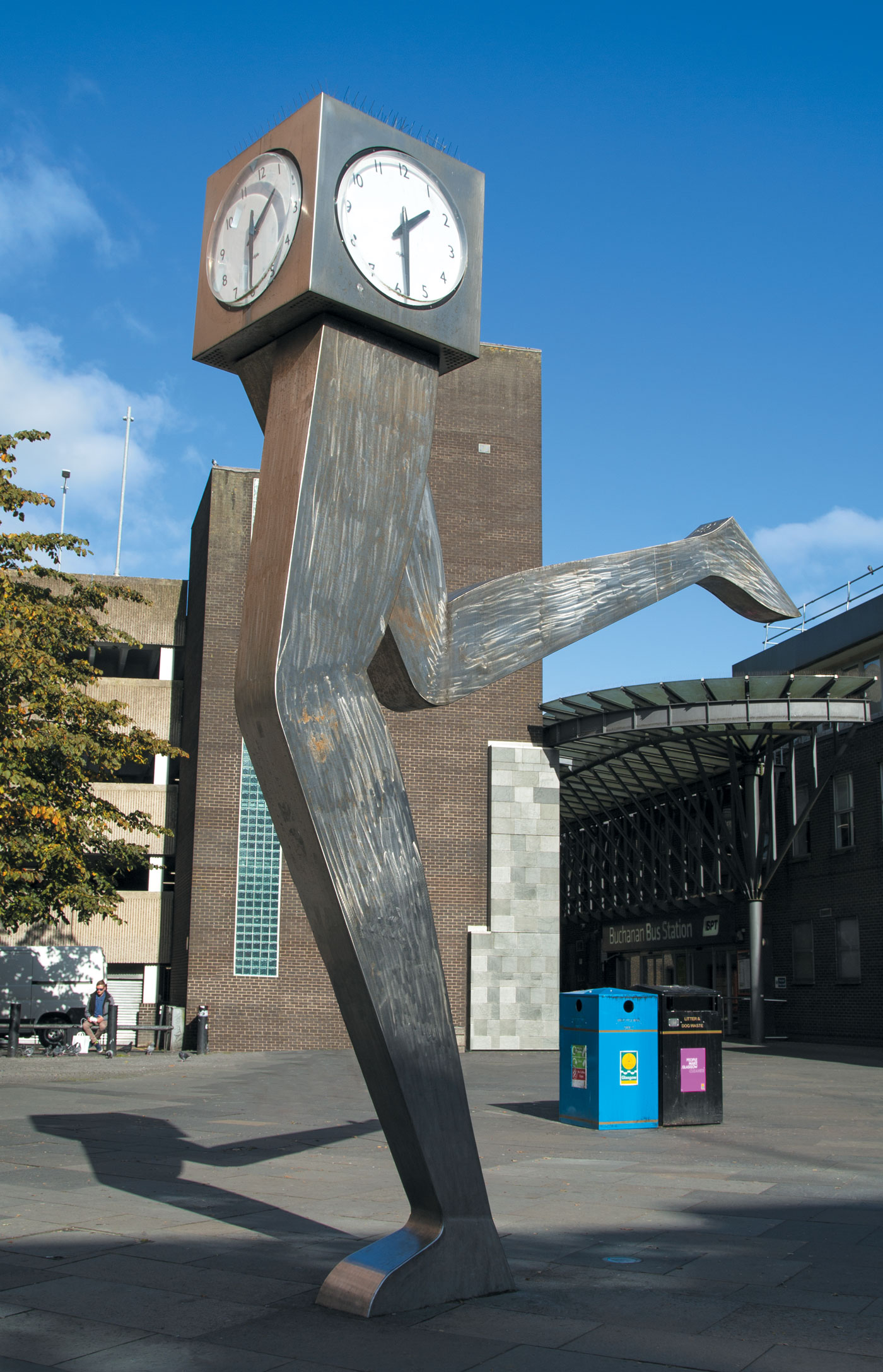 The Clyde Clock, also known as The Running Clock, was commissioned by Radio Clyde to celebrate its 25th year as an independent broadcaster. The idea was to create a landmark for the area, as a thank you to the city of Glasgow.

This humorous work by Wyllie depicts a clock sat upon a pair of large legs that seem to be late, frantically running forward. This work plays with the idiom ‘time flies’. The reversed italic numbers on the clock face add to the urgent movement of the hurried sculpture.

Ironically, the completion of the original commission did run late. Construction work on the adjacent Lang’s Hotel resulted in a delay. It was installed just in time for the New Millennium.

The artist believed that the perfect time to meet was at eight o’clock in the evening. The clock is designed to chime once per day at that hour. The clock stopped working after the death of the artist in 2012. It was repaired following a successful campaign in 2013.

George Wyllie (b. 1921 in Glasgow, Scotland; d. 2012 in Inverclyde, Scotland) was a Scottish artist who described himself as a ‘scul?tor’. (He coined this term as he said he wasn’t sure if he was a sculptor.) An engineer, who became a Customs Officer, Wyllie was self-taught but attended welding classes at Greenock’s James Watt College. During his career he exhibited regularly across the UK and produced a number of notable public works throughout Scotland.
×