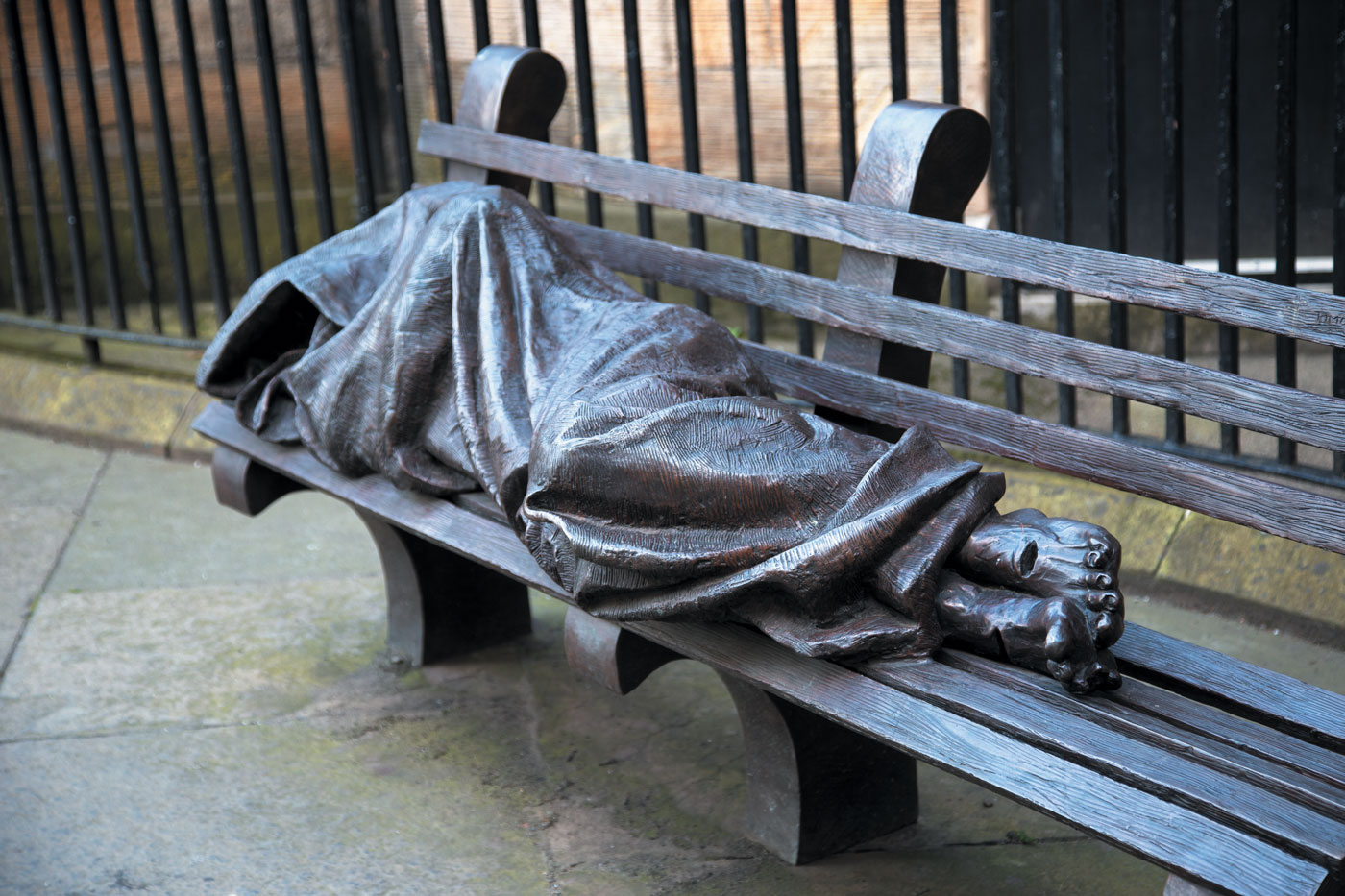 Homeless Jesus is an original, life-size sculpture that was installed at the University of Toronto, Canada in early 2013. After seeing a homeless person on a bench in Toronto, Schmalz was inspired to create this work, to help tackle the homeless epidemic happening across the world.

The figure is purposefully covering their head, appearing anonymous, in order to send the message that anyone can end up in this situation. It is only through the markings on the feet that it becomes apparent that the person is Jesus.

Glasgow is the only location in the Scotland to have a copy of this work, with permission for the location granted by the minister and congregation of St George’s Tron. Approximately one hundred copies of Homeless Jesus are on display worldwide.

These works have been installed and blessed in many places globally, from Singapore to the Vatican City.

Timothy Schmalz (b. 1969 in Ontario, Canada) is a Canadian sculptor whose work focuses on religious figures. For over twenty-five years, Schmalz has been sculpting large scale pieces in order to create 'epic' works. His art is often placed within public spaces, with his sculptures being installed worldwide.
×