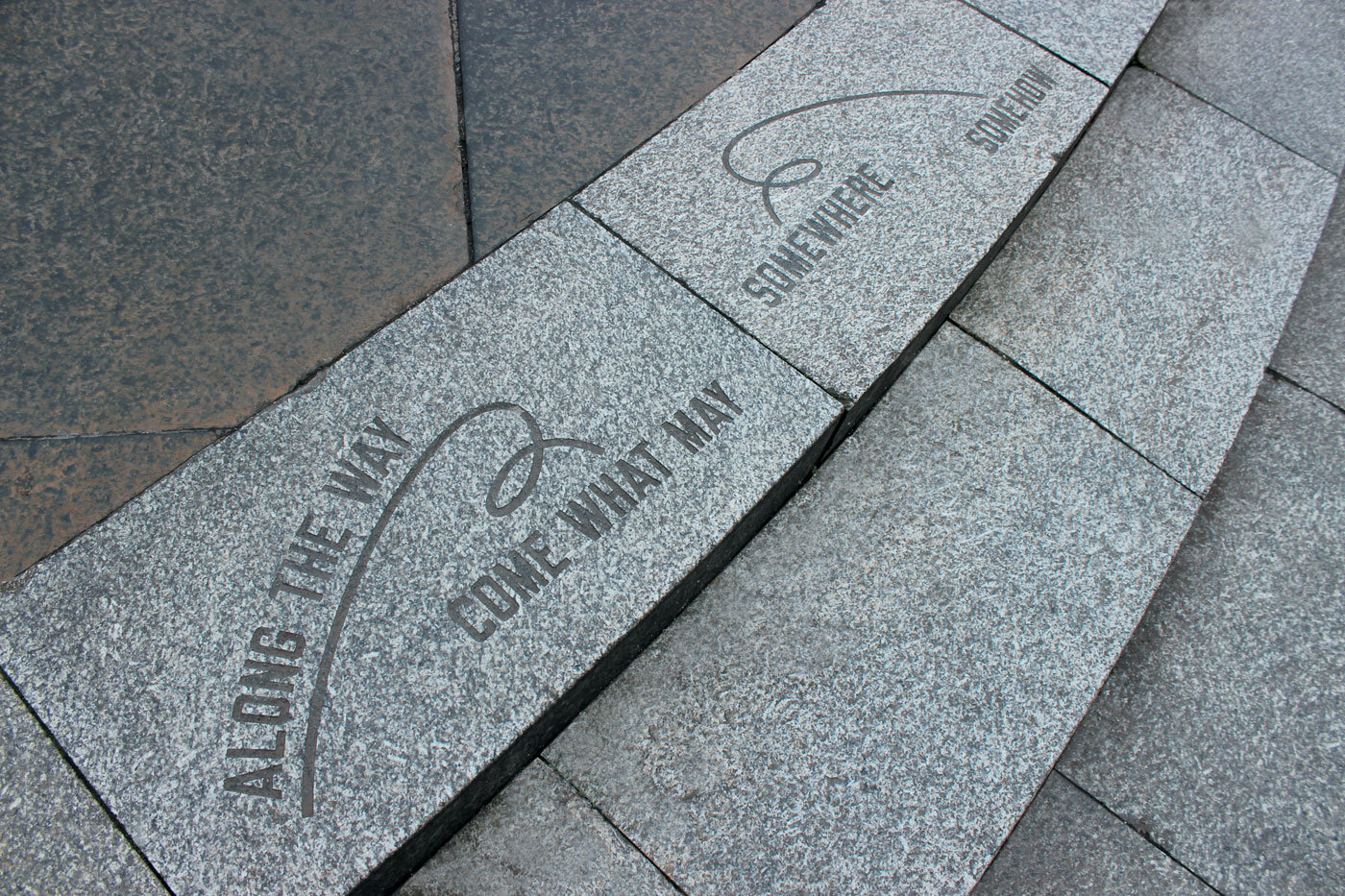 This commission for the Gallery of Modern Art (GoMA) is the only publicly-sited artwork by Weiner in Scotland. It is the first public artwork commissioned by Glasgow Museums for GoMA since it opened in 1996.

Typically working with language, Weiner uses the phrase, 'ALONG THE WAY/ COME WHAT MAY, SOMEWHERE/ SOMEHOW' for the piece. These are set into the stone step surrounding GoMA and its entrance. This step puts the gallery onto a shallow plinth, creating a space for sitting, meeting and conversation.

Weiner wrote a text about this work stating that 'art is not a metaphor… [people use art to create metaphors] in relation to their own needs and desires. The use of a public art gallery as the plinth for a sculpture… [allows] the public to do [what they want] with [it] as they may.’

Through the placement and content of COME WHAT MAY, SOMEWHERE SOMEHOW, a space is created for the public to respond to the idea of what a public art gallery is and how it is used.

Lawrence Weiner (b. 1942 in New York, USA) is one of the central figures in the formation of conceptual art in the 1960s alongside other world-renowned artists such as Sol LeWitt and Richard Serra. He is best known for his text-based installations. Weiner’s relationship with Glasgow began in the 1990s with a solo exhibition at Transmission, followed by exhibitions at Tramway in 1995 and GoMA in 2000.
×