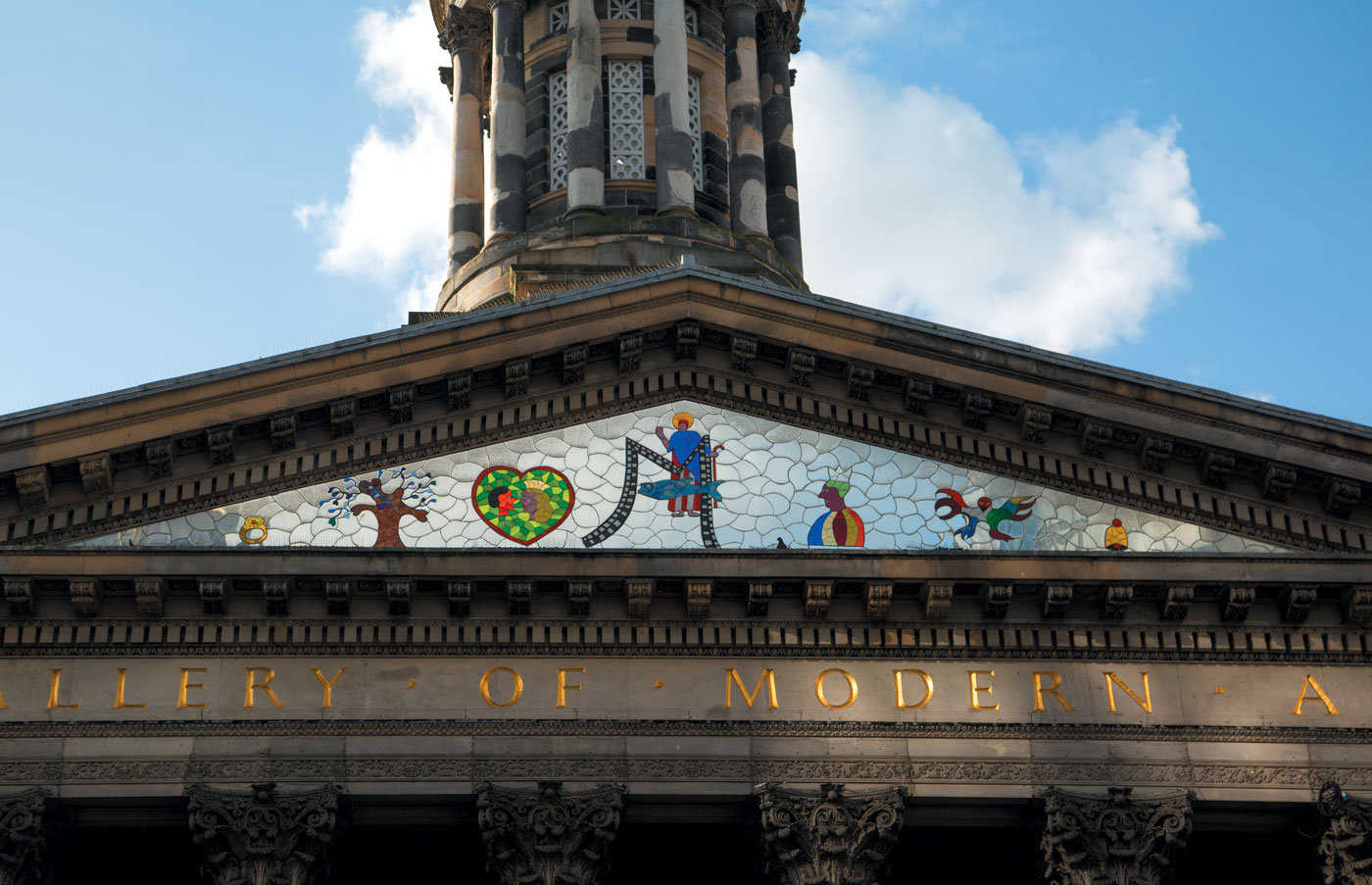 Commissioned for the opening of the new Gallery of Modern Art in Glasgow in 1996, the triangular mirror mosaic that sits above the entrance on the outside of the building, as well as the mirrored room in the entrance hall were created by de Saint Phalle.

Saint Mungo is the founding father and patron saint of the city of Glasgow. His story, the inspiration for the colourful symbols and figures depicted, is shown through the artist’s design.

During his lifetime, he produced four famous miracles. He restored life to a robin; he restarted a fire that went out whilst he was sleeping; he brought back a miraculous bell from Rome; and he saved Queen Languoreth of Strathclyde from being executed after she was falsely accused of adultery. Her husband had taken her wedding ring and thrown it into the Clyde. After demanding that she produce it to prove that she had been faithful, she asked Saint Mungo for help. He found the ring inside a fish caught from the river.

Niki de Saint Phalle (b. 1930 in Neuilly-sur-Seine, France; d. 2002 in California, USA) was a French-American painter, filmmaker and sculptor. With no formal art training, de Saint Phalle went on to create significant large public artworks in Italy, Germany and the USA. She had a long connection with Glasgow and following a retrospective at the McLellan Galleries in 1993 she gifted two works, Altar to a Dead Cat (1962) and The Great Devil (1985) to Glasgow.
×