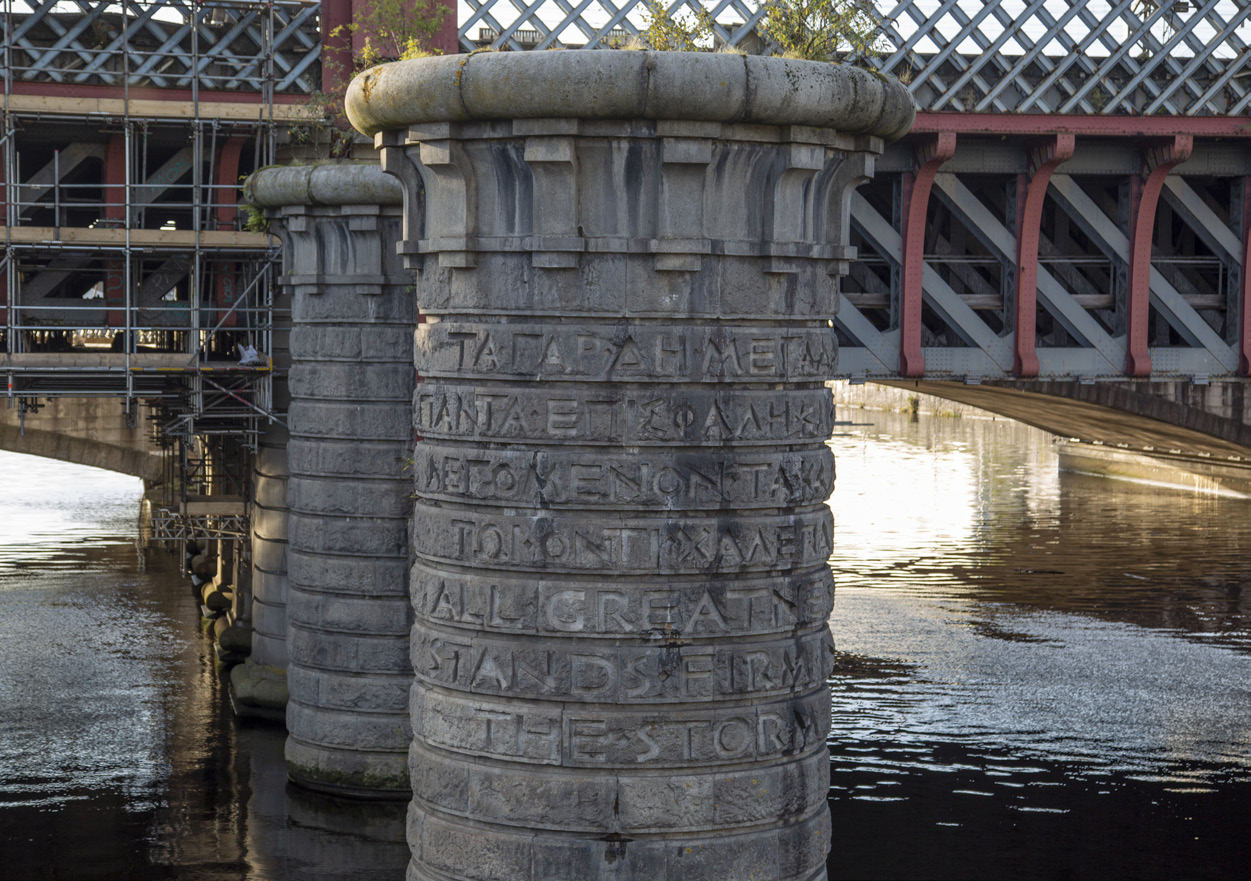 Remnants of the Caledonian Bridge (that was demolished in 1966-7) were turned into works of art by artist Hamilton Finlay in 1990, in the year Glasgow was named European City of Culture. The piece features a quote from Plato’s Republic, carved onto two large stone pillars.

Written in both English and Greek, the English verse reads: ‘All greatness stands firm in the storm.’ The Greek loosely translates to: ‘All great things are perilous, and it is true, as the proverb says, that beautiful things are hard [to attain].’ Despite these pillars standing firm, much like Glasgow’s industrial heritage both have fallen from use.

Now a bridge to nowhere, is this work an ironic remark on the deterioration of the British Empire or praising the endurance and survival of these stone pillars standing in the Clyde? Regardless, this work allows us to reflect on Glasgow’s past, present and future.

Ian Hamilton Finlay (b. 1925 in Nassau, Bahamas; d. 2006 in Edinburgh, Scotland) is of Scottish descent and studied at the Glasgow School of Art. Finlay is both an artist and a poet, with works located all over the world. He is most known for his concrete poems and sculptures that incorporate the written word.
×