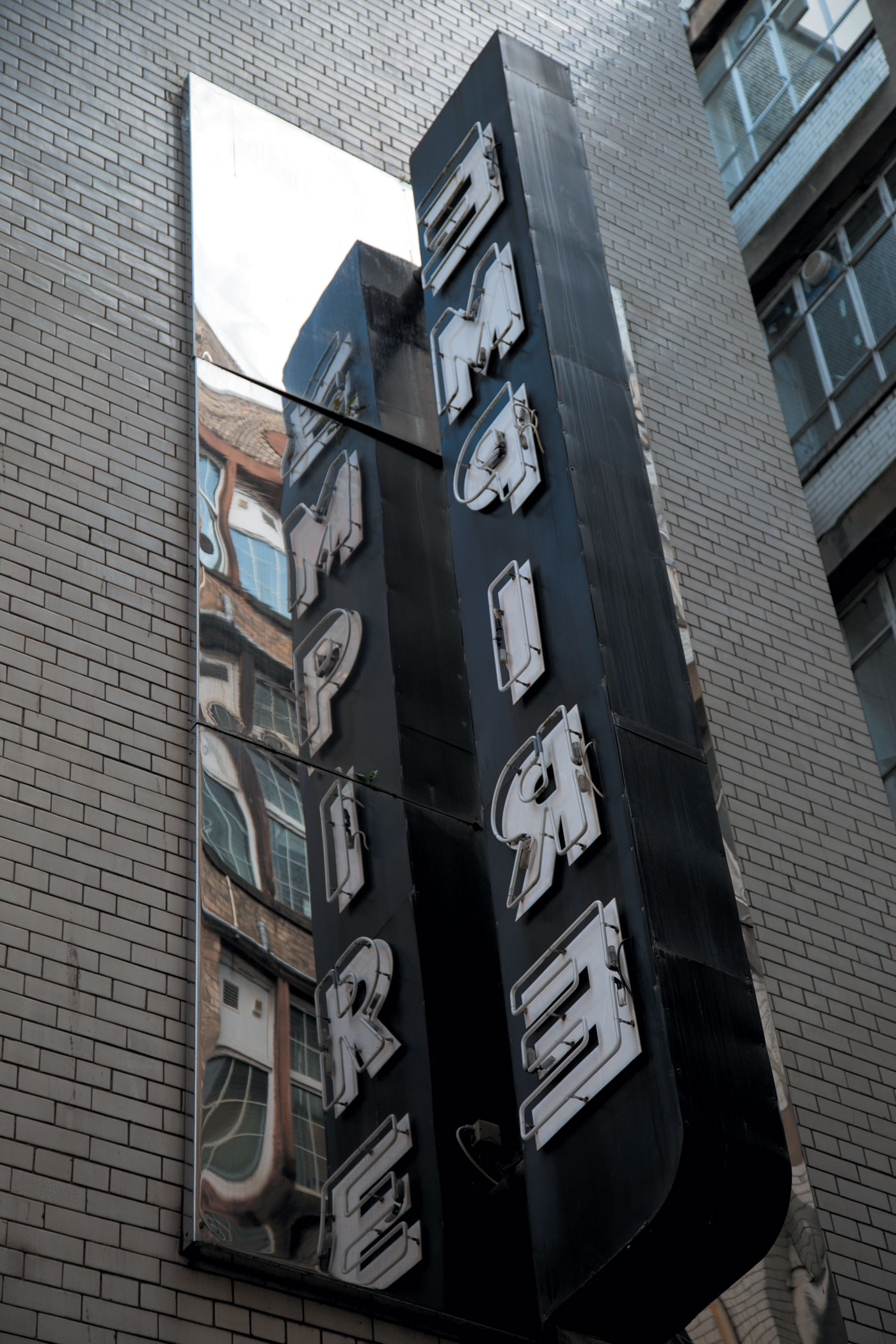 Initially commissioned with Brunswick Lane as its original location, Empire has since moved to Tontine Lane and most recently relocated to its new home on New Wynd.

This piece is taken directly from the Empire Hotel sign in Hitchcock's Vertigo. Gordon has used Hitchcock’s work before, notably in 24 Hour Psycho, commissioned for Tramway in 1993.

The word ‘empire’ is reversed. It is only legible in the reflection of the stainless steel panels that surround the neon lighting, therefore playing with the idea of reality and fiction.

A work that is rich with allusion, Empire highlights the decline of the British Empire. Merchant City – the location of Empire – was built by merchants who made their wealth through the Empire’s tobacco and sugar plantations which were dependent on enslaved people. This work highlights the role that Glasgow played in the slave trade and how its part and profit from that time should not be forgotten.

Douglas Gordon (b. 1966, Glasgow, Scotland) studied at the Glasgow School of Art. Through his work, Gordon investigates human conditions like memory and the passage of time, as well as themes such as life, death, good and evil. Winner of the Turner Prize in 1996, Gordon has won many prestigious awards including the Premio 2000 at the 47th Venice Biennale in 1997 and becoming a Commandeur dans l’ordre des Arts et des Lettres, awarded by the French Cultural Minister in Berlin on behalf of the French Republic in 2012.
×