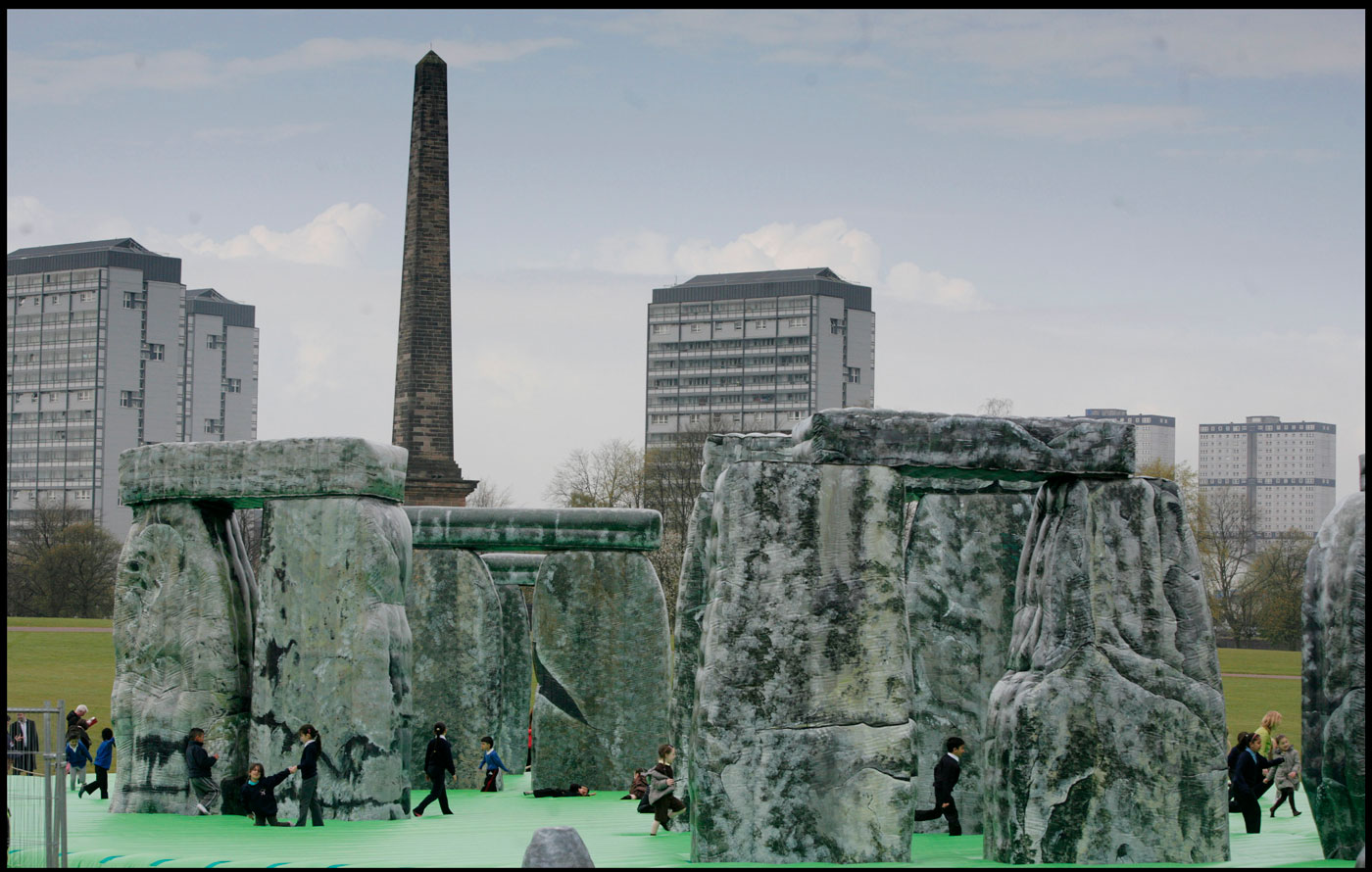 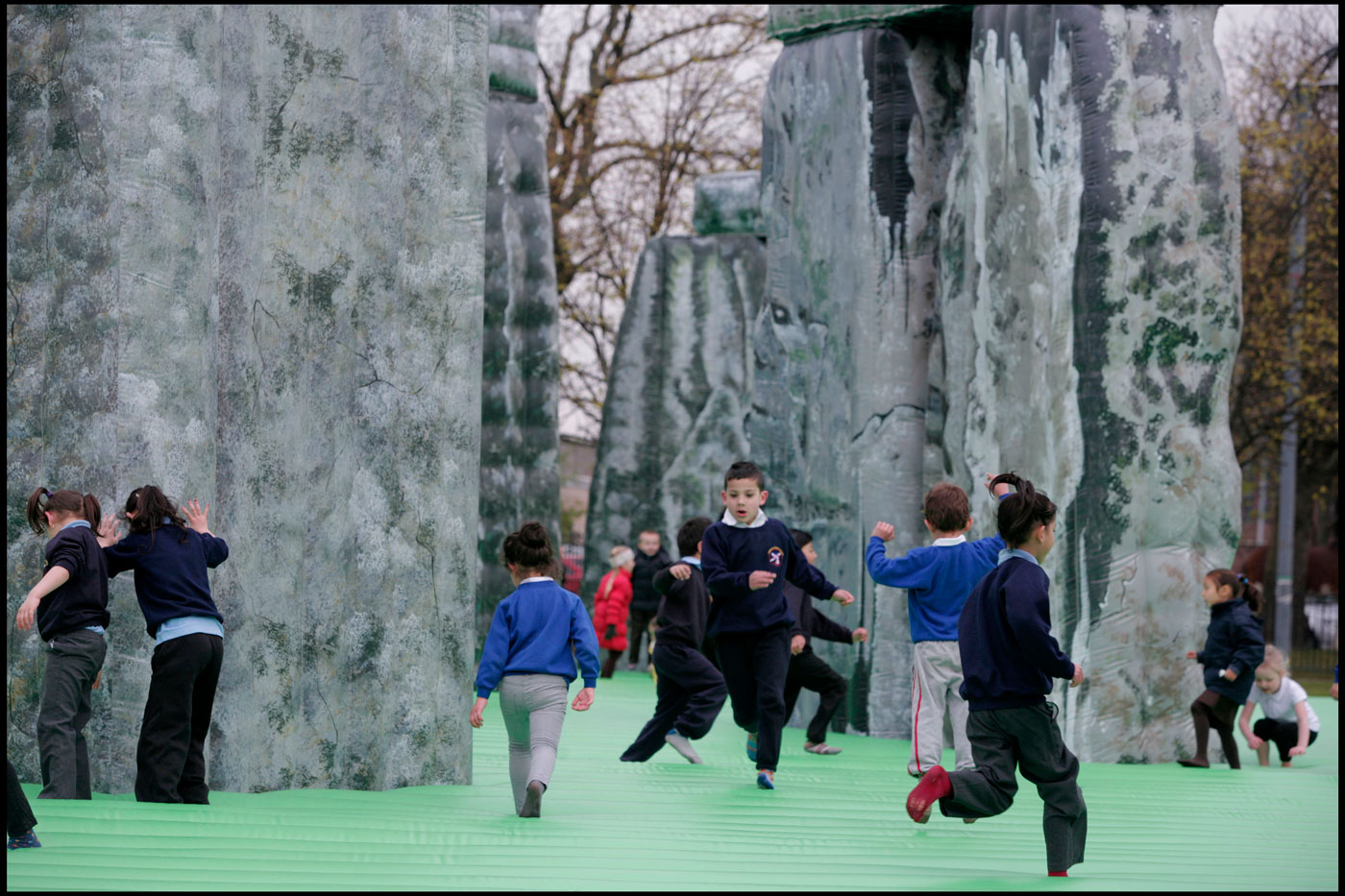 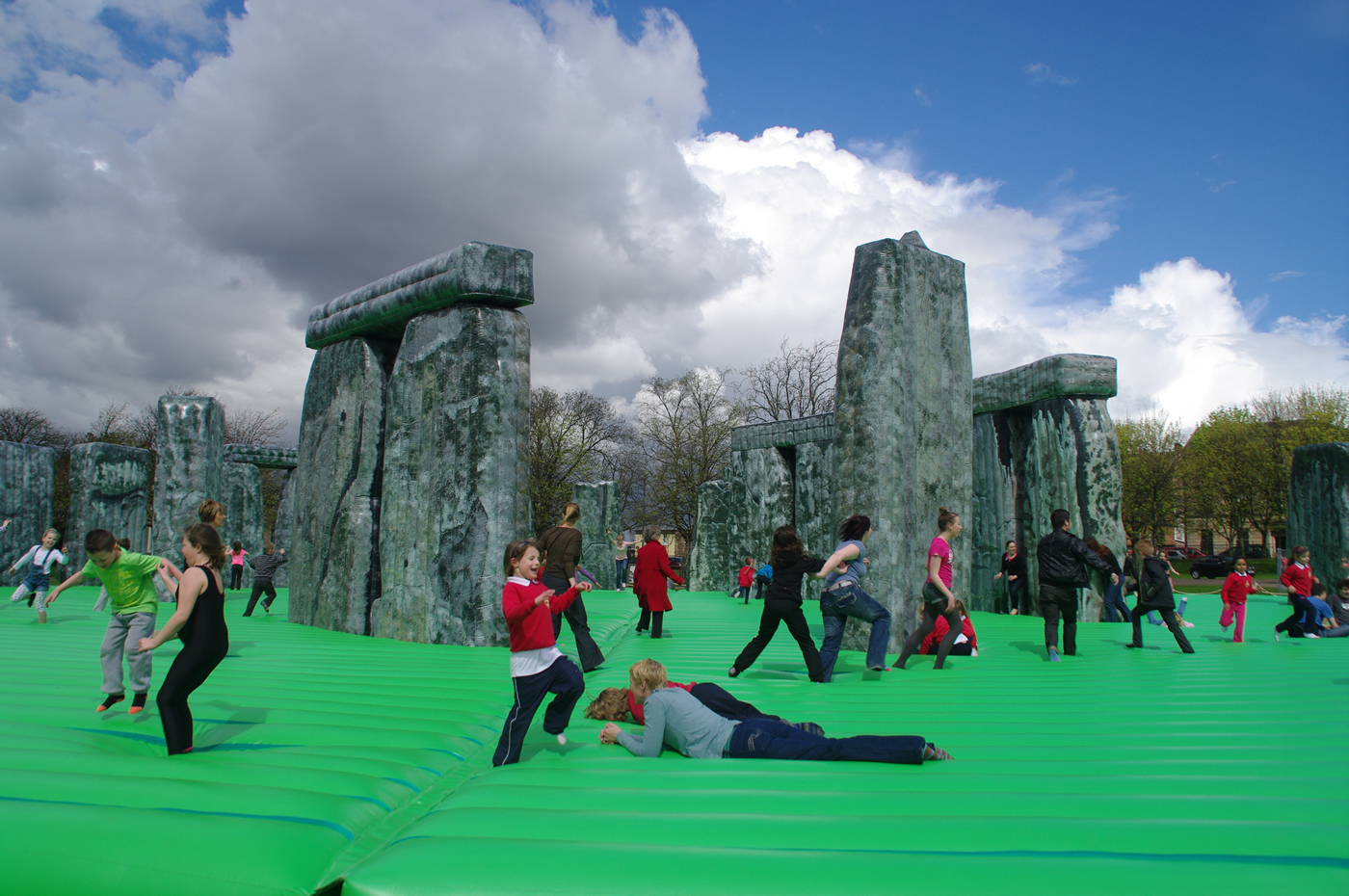 As you walk towards the east of the city boundary, you are approaching the site of a temporary work by Deller.

Sacrilege was a full-scale, inflatable replica of Stonehenge, which was unveiled as part of the Glasgow International Festival of Visual Art in 2012 at Glasgow Green. This large bouncy castle was open to the public to use.

This piece is an example of Deller’s fascination with Stonehenge – one of the UK’s most recognisable heritage sites. This participatory work was a way for people to interact with history, archaeology and culture.

Sacrilege went on to tour different locations in the UK following its opening in Glasgow, including a showing at the London 2012 festival.

This work came before Deller’s piece Built by Immigrants (2019), which also explores ideas associated with Stonehenge.

Jeremy Deller (b. 1966 in London, England) studied Art History at the Courtauld Institute and at Sussex University. Deller began making artworks in the early 1990s, often showing them outside conventional galleries. He won the Turner Prize in 2004 for his work Memory Bucket and represented Britain at the 55th Venice Biennale in 2013.
×