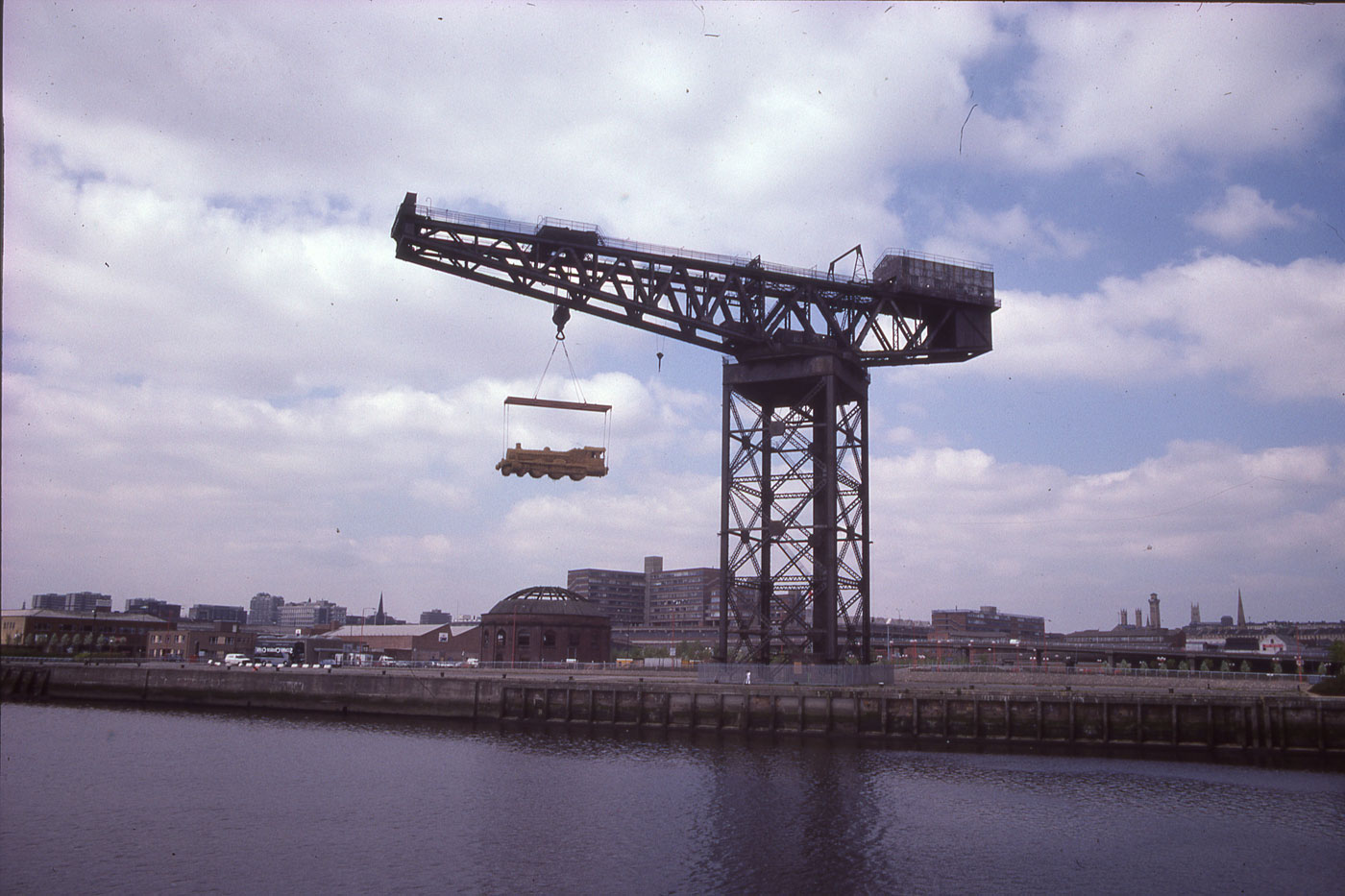 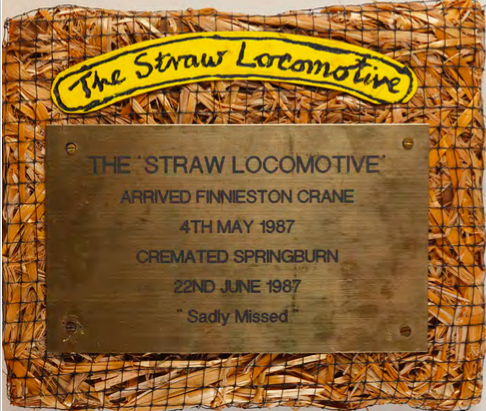 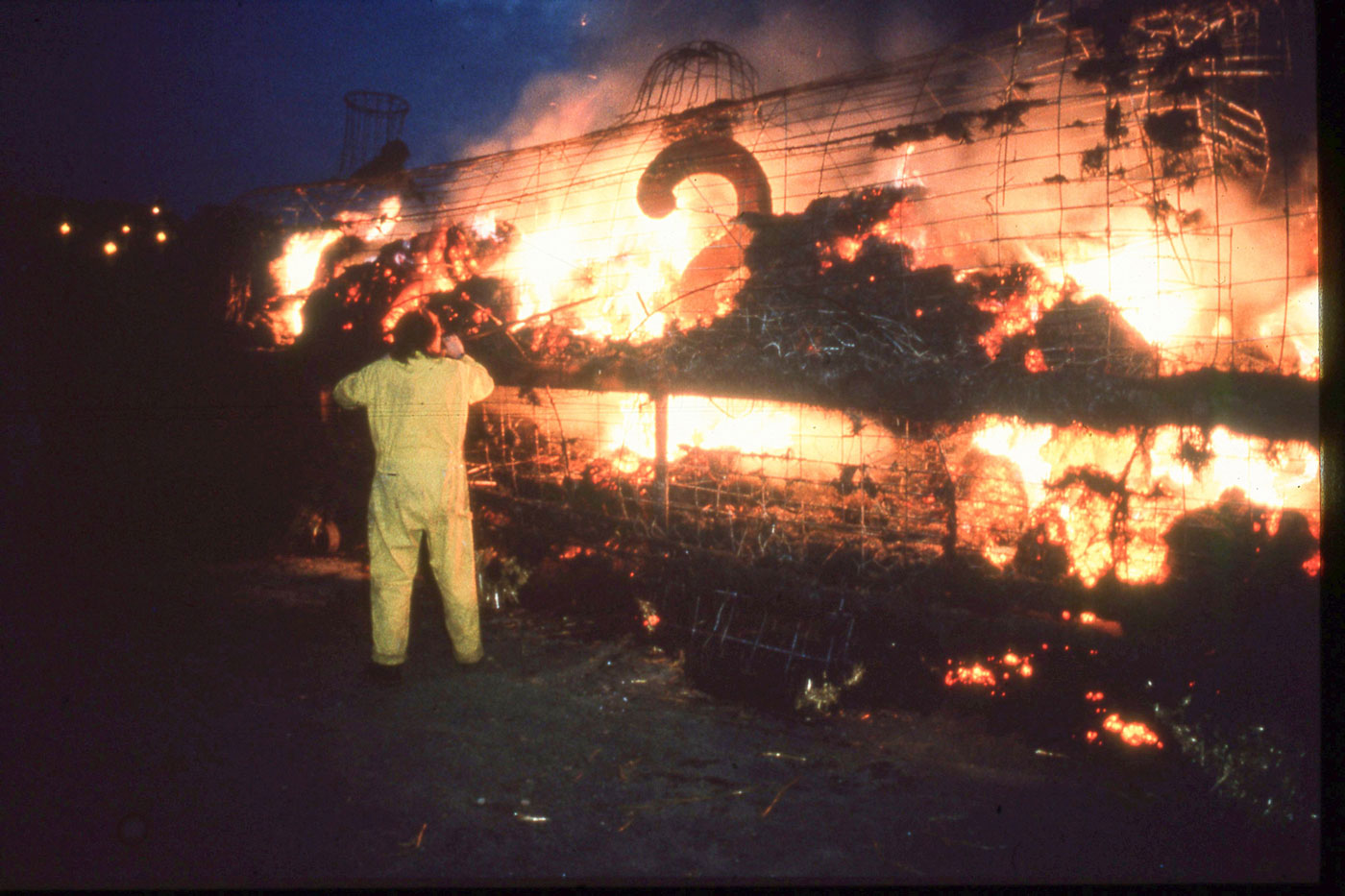 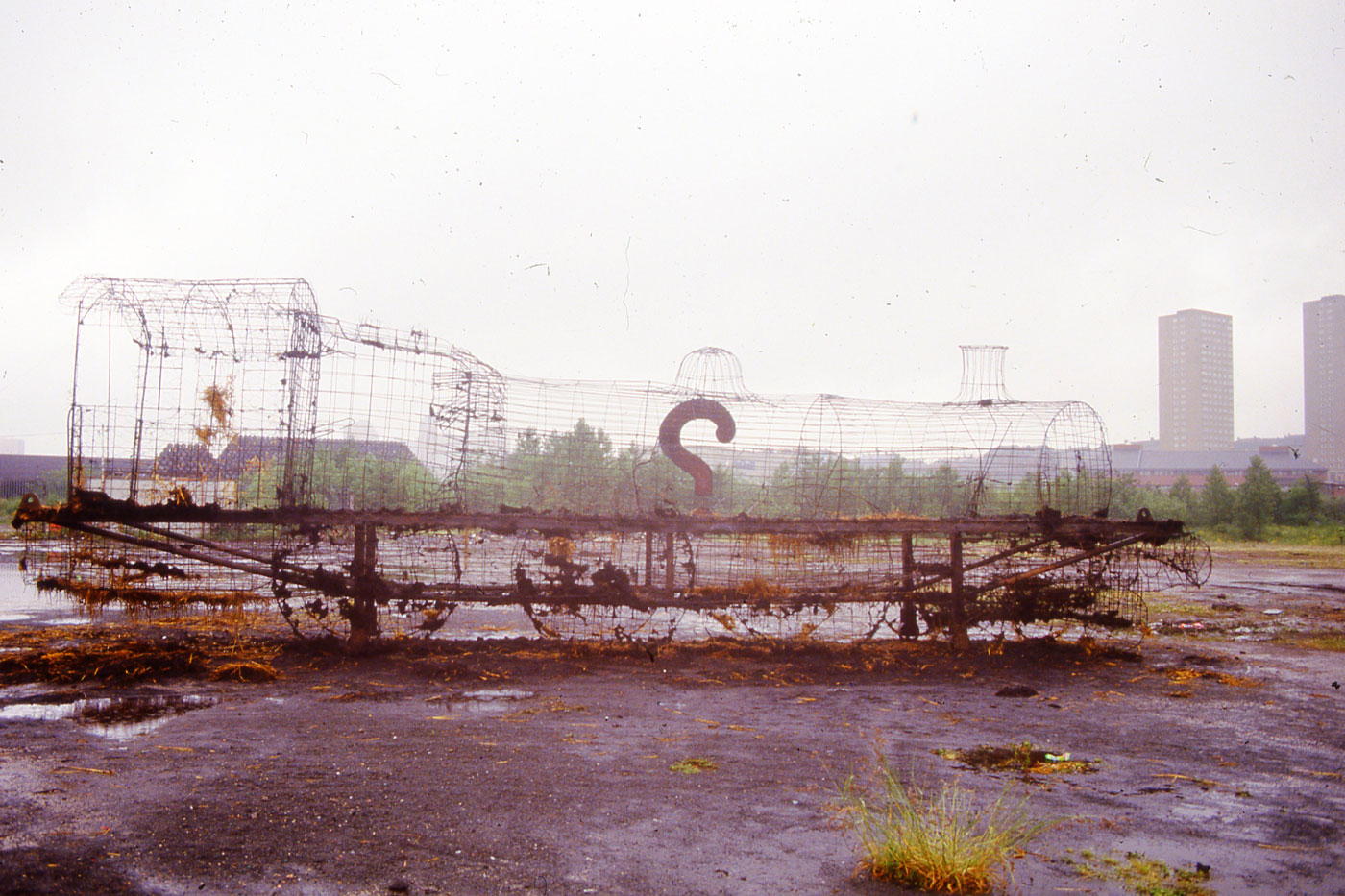 Perhaps one of Wyllie’s most famous works, Straw Locomotive was a temporary artwork that hung from the jib of the 53m tall Finnieston Crane, located towards the west of the city boundary by the River Clyde in 1987.

Straw Locomotive was a major part of Mayfest that year (an annual arts festival in Glasgow that ran from 1983 to 1997).  It was intended to be temporary because of the nature of the work and to highlight how the locomotive business had been such a big part of Glasgow’s industrial might.

This sculpture that took the shape of a train, represented the 18,000 locomotives which were exported from the Finnieston Crane in Glasgow to forty-three destinations across the world.

After forty-eight days, Straw Locomotive (measuring approximately 24m in length) was taken down and driven to the site of where Glasgow’s railway locomotives used to be made in Springburn. Following this relocation the artist ceremonially set the work on fire.

Much like Bridge Columns (1990) by Ian Hamilton Finlay and Empire (1998) by Douglas Gordon, this work reflects on the impact that Glasgow has had industrially on the world.

Credit: The Why?sman: In Pursuit of the Question Mark, Murray Grigor.

George Wyllie MBE (b. 1921 in Glasgow, Scotland; d. 2012 in Inverclyde, Scotland) was a Scottish artist who described himself as a ‘scul?tor’. (He coined this term as he said he wasn’t sure if he was a sculptor.) An engineer, who became a Customs Officer, Wyllie was self-taught but attended welding classes at Greenock’s James Watt College. During his career he exhibited regularly across the UK and produced a number of notable public works throughout Scotland.
×