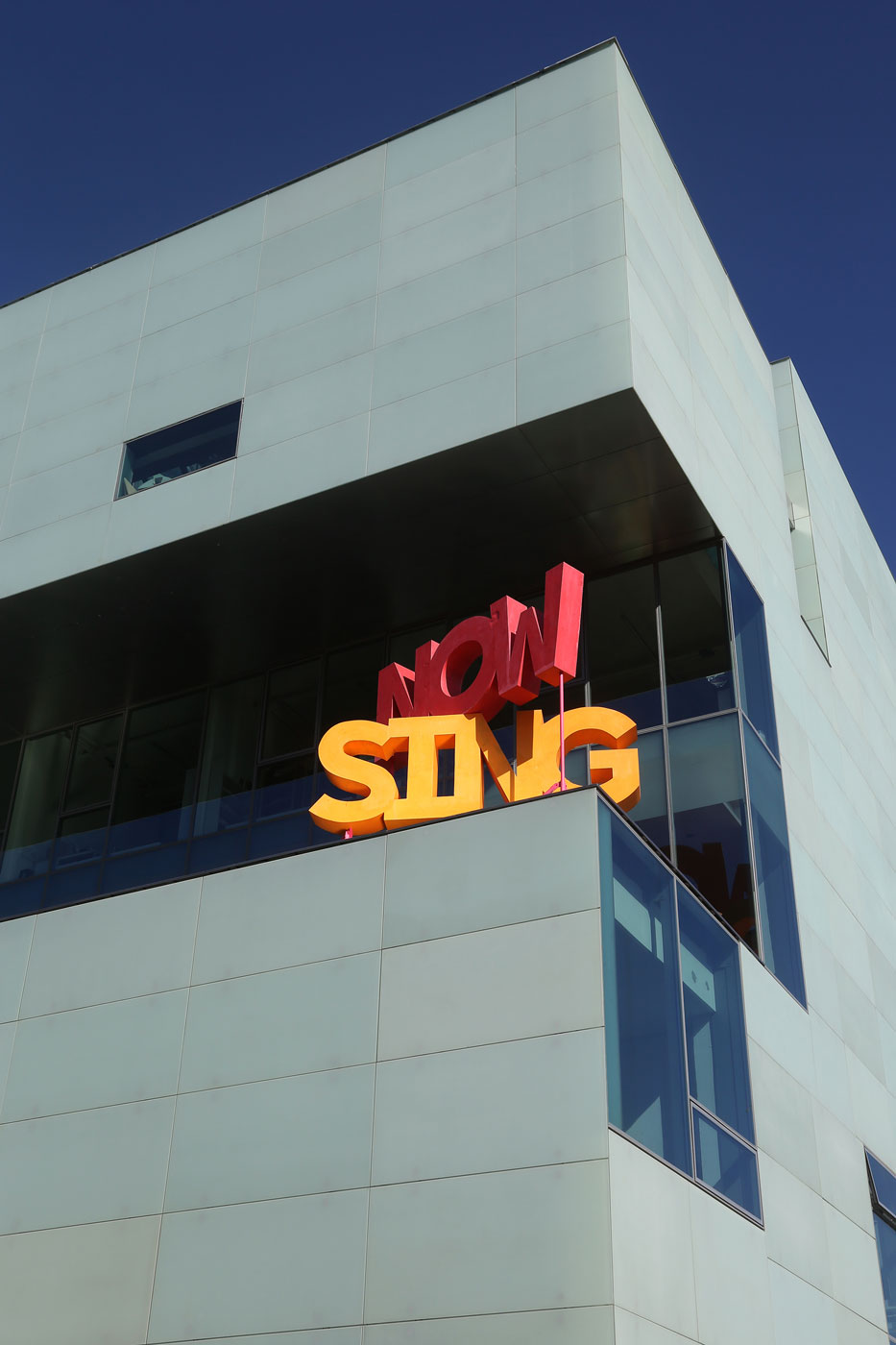 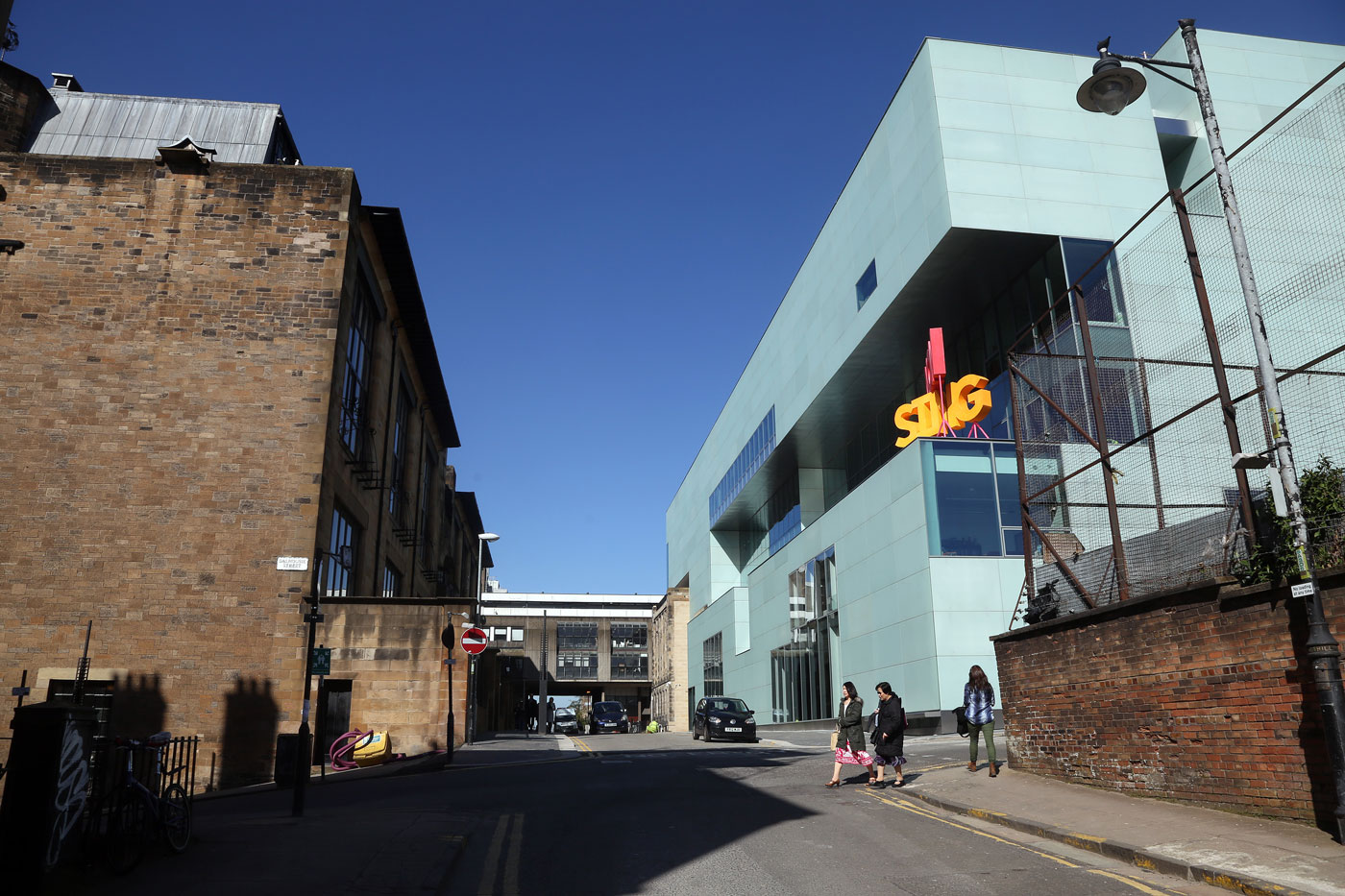 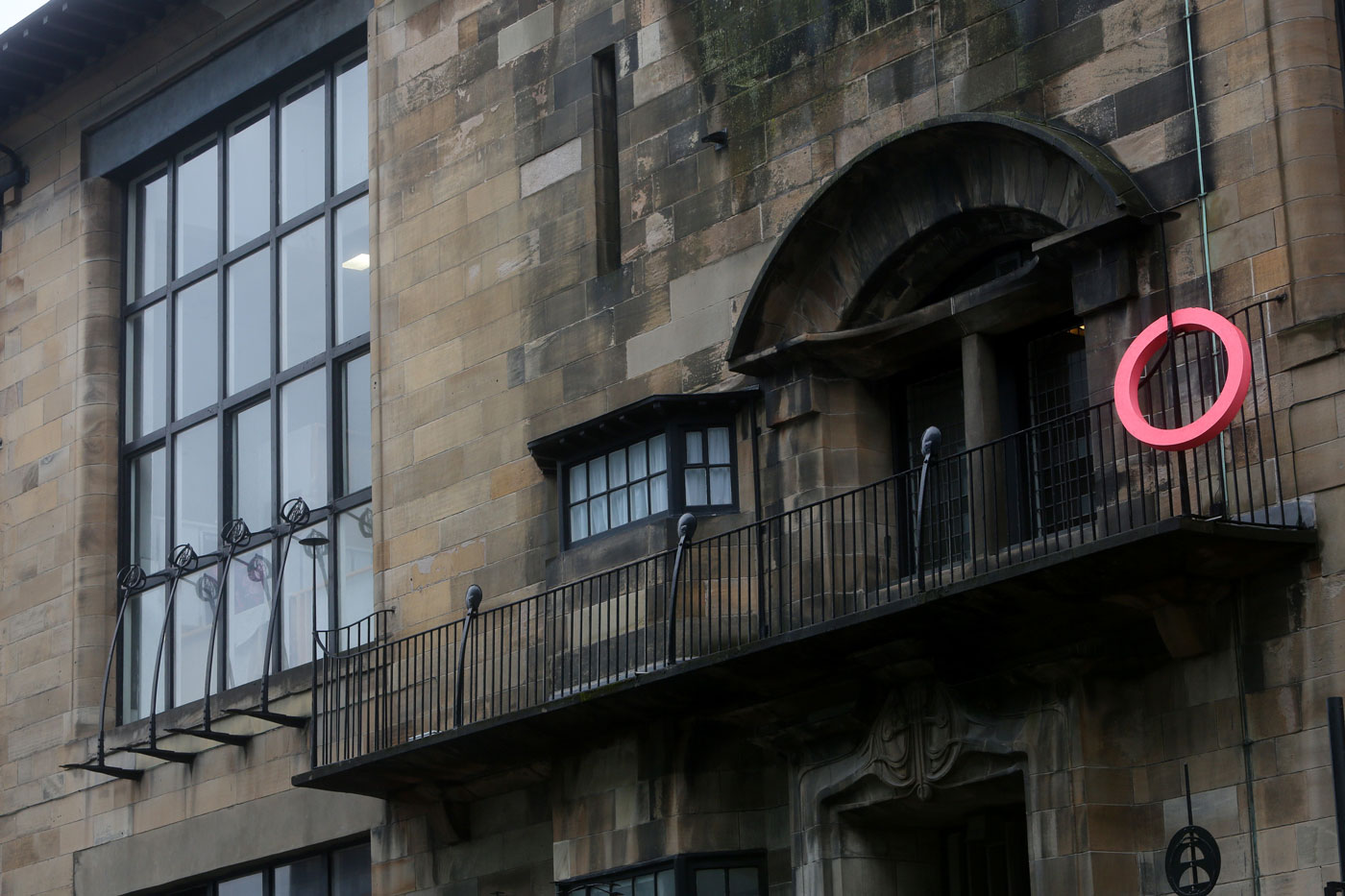 Walking to the west of the city centre, you are heading in the direction of the world-famous Glasgow School of Art, which was the location of Stumpf’s artwork Now Sing.

Part of Glasgow International Festival of Visual Art in 2014, this 4m high artwork sat on the balcony of the Reid Building, which had just opened in April that year.

This work created a new temporary landmark at a key moment for the art school. Alongside the artist’s work Ring (2014), which was placed on the facing Mackintosh Building, a new conversation between old and new was created, adding to the link that was already architecturally in place between the two buildings.

Michael Stumpf (b. Mannheim, Germany) studied at the State Academy of Fine Arts in Karlsruhe and at the Glasgow School of Art. He is a sculptor whose work has been shown across the world in cities from Shanghai to Berlin. He was the co-founder and curator of the independent exhibition space Kaiserpassage 21a in Karlsruhe, Germany and he served as a committee member of Transmission, Glasgow from 2004 to 2007.
×