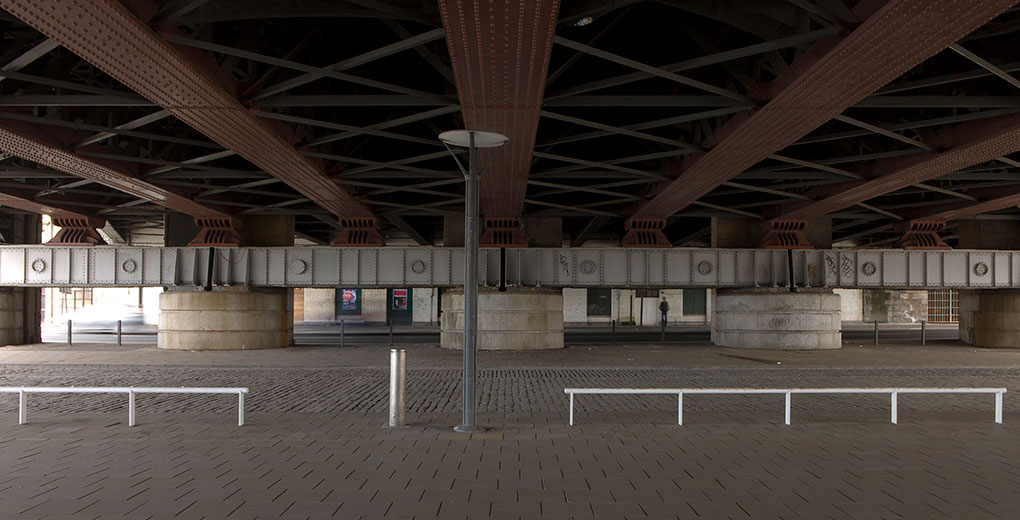 Philipsz won the Turner Prize in 2010 for this work which was commissioned by the Glasgow International Festival of Visual Art.

Lowlands involved the installation of three horn speakers, one on the underside of each of three bridges crossing the Clyde. Each broadcast a recording of Philipsz singing one of three versions of a folk song.

The artist recorded herself singing these ballads acapella. The song is from the 16th century, and is an old Scottish lament about a sailor who drowns, who then comes back to say a final farewell to his loved-one.

Lowlands was Philipsz’s first public artwork in her native city, with the piece running daily between 10am and 8pm, every 20 minutes for the duration of the festival.

Susan Philipsz OBE (b. 1965 in Glasgow, Scotland) studied at Duncan of Jordanstone College of Art, Dundee. Originally trained as a sculptor, but known more for her sound works, she considers her sculptural materials to be time and space rather than traditional clay or marble. Winning the Turner Prize in 2010, Philipsz has exhibited internationally from Manifesta 3 in Ljubljana, Slovenia (2000) to the 16th Biennale of Sydney, in Australia (2008).
×